Pete Ramey started shoeing horses in 1994. He was trained by a local farrier and also subjected himself to the deep study dozens of farrier texts. As time passed, he became acutely aware of the lack of actual hoof knowledge and trimming instruction to be found in the pages of the farrier texts, and there was not enough information on dealing with pathological hooves. Book after book seemed to be filled with forge work, horse handling, client relations, running the business... Everything but hooves! So he picked the brain of every farrier and vet he could find, and started diving into veterinary textbooks and research papers. Still, the questions in his mind about how to deal with problem hooves were going mostly unanswered. 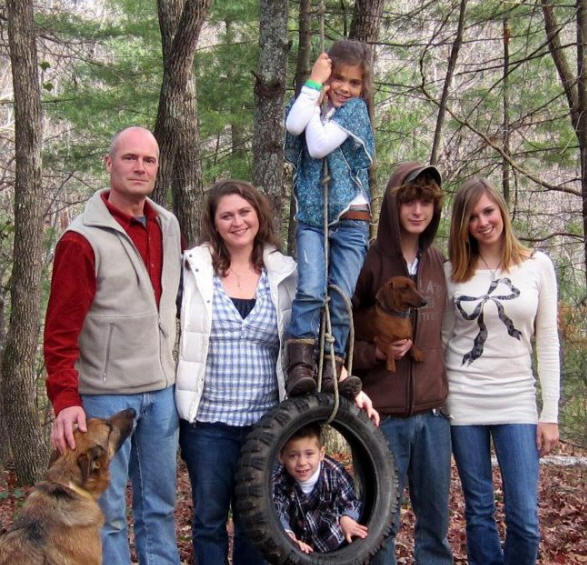 As with most farriers, time, experience, and mistakes were the best teachers in the first years. In 1998, a friend (Cindy Sullivan) started pushing barefoot texts and internet printouts on Pete. He was resistant at first, but in the end, couldn't resist a possible learning opportunity. Very quickly, he realized he was learning about the hooves themselves like never before, and that many of the unanswered questions were being answered. This education about the actual hooves did improve his shoeing abilities, but then six months later, he was experimenting with riding barefoot on his personal horse. Soon after, he pulled the shoes off twenty-something trail horses at the mountain guide outfit he owned at the time. These were no pasture pets. They were often averaging twenty miles a day of riding on rocky trails in the mountains! Their endurance, traction and health were increasing, while injury, soreness, stone bruising, and fatigue were diminished compared to the state they had been in shoes. Pete never meant to be a "barefooter," but the horses themselves were pushing his thoughts hard in that direction.

While Pete couldn't deny the health benefits and improvements he was seeing with his own eyes, he never fully bought into the whole "all or nothing" barefoot idea. If a horse was in pain, it just made sense to do something about it if possible. This led him to get very involved in using and developing healthier alternatives to metal shoes: hoof boots, epoxy work, glue-ons, etc. He knew there had to be a way to "have his cake and eat it, too."

From the beginning, what had always interested him the most was lameness rehabilitation. Pretty soon, he began to focus most of his energy on rehab work. He bought trailer loads of laminitic and "navicular" horses from the killer market to take home and rehabilitate, and then gave presentations of the resulting case studies to local vet hospitals to build the rehab side of his business. As word spread, his business grew to a point that he was taking care of over 600 horses at one time (a major mistake... don't ever do that) and teaching hoof clinics all over the world.

In 2000, Pete wrote his first book Making Natural Hoof Care Work. He never really wanted to be a writer but was driven by the desire to shorten the learning curve of professionals by providing the practical how-to's of hoof care that previous publications seemed to lack. The book was a bigsuccess and helped horses all over the world. People loved the clarity provided by the simplicity and straightforwardness of the text, as well as 160 pictures. [Added in 2009- These days, that first book seems elementary compared to the articles on this site, the DVD sets and the more recent textbook http://www.hoofrehabstore.com/care-and-rehab-of-the-equine-foot/. They provide much more detailed and updated information.]

Then came his beautiful wife, Ivy, the best thing to happen to him in many ways. For one, Pete was ignoring most of the opportunities to teach other professionals and do hoof clinics. He wanted to help everyone he could, but was just too busy with such an enormous load of horses. Also, of course, he was driving himself into an early grave! It was Ivy who was intelligent enough to build this website and reach out to help the world while referring over half of his workload to competent apprentices. She is the business manager, the one that can see past the hoof.

Ivy was not new to the horse business. She had managed a riding and boarding facility and later owned and opererated her own carriage company. She worked with a draft horse training operation by finishing newly trained carriage horses on the streets. Making a living with tourists and dozens of "green" draft horses certainly honed her driving skills (not to mention her nerves), but eventually she decided it was time to settle in and buy her own horse so she could enjoy the calm leisure of using the same experienced horse day after day, year after year.

She selected a five-year old Percheron named Milo. He was untrained (a clean slate in her mind - perfect) but he had horribly split and broken hooves. Her mom, who manages a local vet hospital and was very familiar with Pete's work, suggested she have him rehabilitate the hooves. As Ivy was being educated about natural hoof care by her mom, an idea sprang into her head. Carriage horses' joints, ligaments and tendons break down quickly as a result of the concussion of steel on pavement. Why not try working Milo barefoot? "It could add years to his life." Ivy presented the idea to Pete at Milo's first trimming. Pete was very skeptical that it would work, because there were no hoof boots large enough to ease Milo into it gradually (and to fall back on if excessive wear occurred). He was also worried that the heat from the asphalt could be a problem. Pete thought they should rehab the hooves barefoot, and then later shoe the horse for street-work. Ivy talked him into trying [barefoot] anyway, and turned out to be right.

Milo performed admirably. The soft "thud, thud, thud" of his hooves on pavement left his body fresh and happy at the end of the day, and his traction was better than anything borium could have ever provided. The heat was no problem (Ivy had always taken her horses off the streets at 92 degrees, anyway). Meanwhile, Pete was completely stricken with Ivy, and his professional opinion was that Milo needed to be carefully scrutinized by his farrier on a daily basis to ensure his safety during such harsh working conditions. Hours of consultation would be needed, of course. True love was born.

Ivy and Pete live in the North Georgia mountains with their four children. Their deepest concern is that Natural Hoof Care, and the benefits it can bring to horses, is constantly being set back in the eyes of the public by the lack of competent professionals in the field. There are still far too many people out there who are claiming to understand the principles of barefoot care, but are doing terrible harm to horses by improper or invasive trimming. And worse: many 'barefooters' fail to fully utilize hoof boots/casts/pads/glue-ons and are thus unfair to the horse. There is no way for horse owners to know if they are hiring a competent professional or not. For that reason Ivy and Pete are making a renewed effort to reach out and educate.

More recently, they assembled the new book Care and Rehabilitation of the Equine Foot and were co-founders of the American Hoof Association. 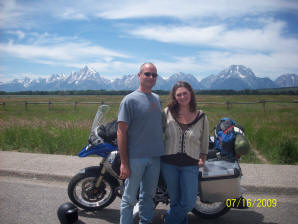 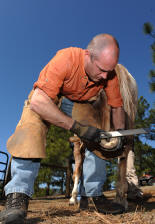 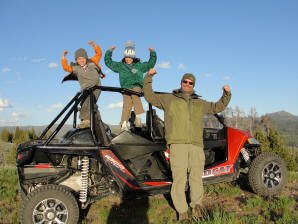